Free shipping on all orders over $100 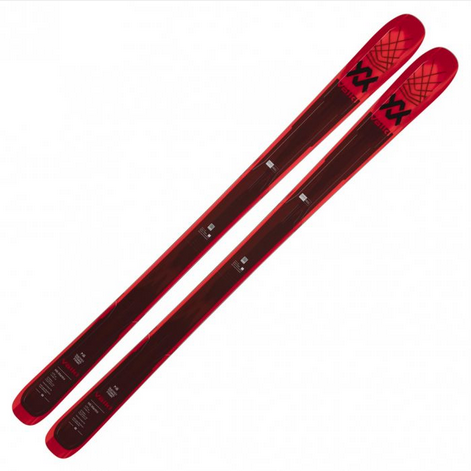 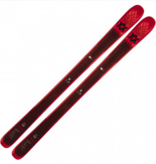 The Volkl Mantra has been around for decades and has seen many iterations in build and width ranges over the years. The Volk Mantra M6 Skis gets their name from now the sixth update to its build over the years. The shape largely stays the same, but Volkl has made certain tweaks that have resulted in what we think is the best Mantra yet. First, they've added 3D Radius to the shape, something that we've had in the Kendo and other Volkl skis for a couple years now. We also get what Volkl calls Tailored Titanal Frame and Tailored Carbon Tips. Titanal Frame has been changed so that there's a different amount of metal in each length. Regardless of length, there's less metal up in the tip, which has reduced swing weight. To retain torsional stiffness and good tip in precision when entering a turn, Volkl added their Tailored Carbon Tips, a cross hatching application of carbon that's essentially a more specifically engineered version of the previous Carbon Tips found in the M5 Mantra. It's clear the Mantra is still among the best all-mountain skis for those who value precision, edge grip and responsiveness. It can take on any turn shape, at any speed, which is what really separates it apart from the competition. If you are looking for a true daily driver that handles a myriad of conditions and terrain, look no further than the Volkl M6 Mantra Skis.

Add your review
0 stars based on 0 reviews